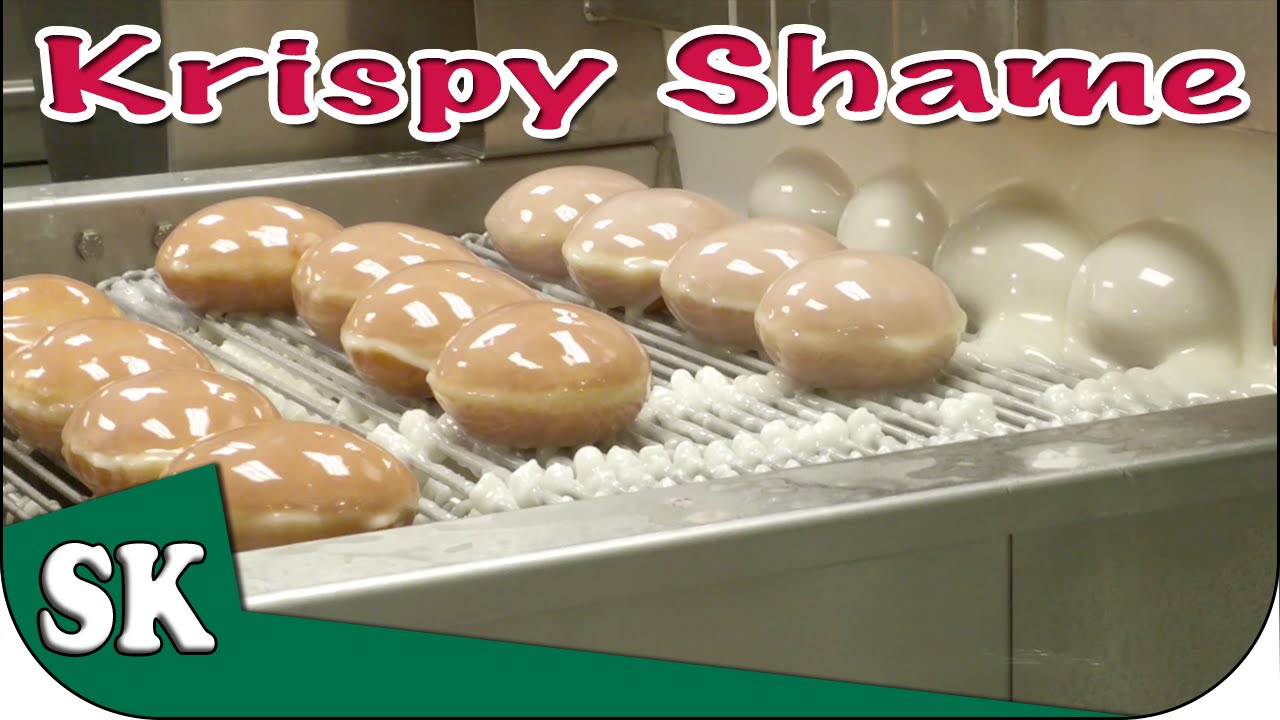 This was a by chance discovery, I had planned on doing a positive look at my first ever visit to Krispy Kreme but I have to tell it as I see it.

Somebody mentioned to me afterwards that perhaps they had over baked that day?? Unfortunately, we are all becoming too well aware of how corporation operate to be deceived this might have been a one off. I’ll tell you how I believe it works.

Donuts equal huge profits, the ingredients of sugar, flour and fats are almost irrelevant to a company like KK, at a corporate level someone has made it their policy to Bake “whatever” After all You DON’T invest all that money in a glass fronted production line that WOW’s! the kids and terminates at the cashier desk and then leave it turned off all day. You saw in the video how pretty the sugar coating of the donuts was?

I saw first hand how intoxified the parents and young children were as Dad’s held them up to the glass to watch the Donuts being made. That’s what makes them willing to part with good money for less than a few cents worth of ingredients on the end product.

So my Guess is that Krispy Kremes “bakes on the premises in full view of the customers” produces this wicked waste. The sheer amount of donuts, dumped, on this one occasion, in the garbage, shows that the food itself is irrelevant. But we know in our hearts that it is relevant, Human nature is innate in understanding the need to preserve resources.

A person would never allow this to happen, the guys and girls dumping, daily bags/kilos/tones of donuts a day, has to switch off that part of their conscience that only a corporation can think up without shame.

It’s a time of harvest in many parts of the world, let us hope that as the farmer toils to bring in his crops, that he is not burdened with the thought his labours might end wrapped in a plastic bag in dumpsters up and down the country..